a portlet is fragment on a webpage as web application and is used with portlets on the same webpage. There are 2 JSR standards for portlet behavior: 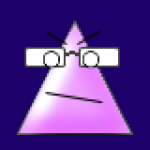 One thought on “Liferay portlet basics and lifecycle”