What is React and explain major features of it?

React is an open-source frontend JavaScript library which is used to build user interfaces especially for single page applications. It is used for handling view layer for web and mobile applications.

JSX is a XML-like syntax extension to ECMAScript (the acronym stands for JavaScript XML). Basically, it just provides syntactic sugar for the React.createElement() function, giving us expressiveness of JavaScript along with HTML like template syntax.

What are the advantages of React?

What are the limitations of React?

What is Virtual DOM?

The Virtual DOM (VDOM) is an in-memory representation of Real DOM. The representation of a UI is kept in memory and synced with the “real” DOM. It’s a step that happens between the render function being called and the displaying of elements on the screen. This entire process is called reconciliation.

What is the difference between Shadow DOM and Virtual DOM?

The Shadow DOM is a browser technology designed primarily for scoping variables and CSS in web components. The Virtual DOM is a concept implemented by libraries in JavaScript on top of browser APIs.

What is React Fiber?

Fiber is the new reconciliation engine or reimplementation of core algorithm in React v16. The goal of React Fiber is to increase its suitability for areas like animation, layout, gestures, ability to pause, abort, or reuse work and assign priority to different types of updates; and new concurrency primitives.

What is the difference between Element and Component?

What is state in React?

State is a private object and fully controlled by the component which is not accessible to any other component till the owner component decides to pass it. State of a component is an object that holds some information that may change over the lifetime of the component. We should always try to make our state as simple as possible and minimize the number of state full components.

What are props in React?

Props are inputs to components. They are single values or objects containing a set of values that are passed to components on creation using a naming convention similar to HTML-tag attributes. They are data passed down from a parent component to a child component.

The primary purpose of props in React is to provide following component functionality:

What is children prop?

Children is a prop (this.props.children) that allow you to pass components as data to other components, just like any other prop you use. Component tree put between component’s opening and closing tag will be passed to that component as children prop.

What are Pure Components?

React.PureComponent is exactly the same as React.Component except that it handles the shouldComponentUpdate() method. When props or state changes, PureComponent will do a shallow comparison on both props and state. Component on the other hand won’t compare current props and state to next out of the box. Thus, the component will re-render by default whenever shouldComponentUpdate is called.

How to create components in React?

There are two ways to create a component in React: Functional and Class Components.

Class Components: You can also use ES6 class to define a component.

When to use a Class Component over a Function Component?

What are synthetic events in React?

What are controlled components?

A component that controls the input elements within the forms on subsequent user input is called Controlled Component, i.e, every state mutation will have an associated handler function.

What are uncontrolled components?

The Uncontrolled Components are the ones that store their own state internally, and you query the DOM using a ref to find its current value when you need it. This is a bit more like traditional HTML.

What are the different phases of component lifecycle?

What are the phases of DOM changes ?

What are Higher-Order Components?

A higher-order component (HOC) is a function that takes a component and returns a new component. It’s a pattern that is derived from React’s compositional nature.

We call them pure components because they can accept any dynamically provided child component but they won’t modify or copy any behavior from their input components.

React uses className instead of class because Class is a keyword in JavaScript and JSX is an extension of JavaScript. We can pass a string as the className prop.

Can you update props in React?

No. In React props should be immutable and top-down. Which means a parent can send any prop values to a child, but the child can’t modify received props.

What is the significance of keys in React?

DOM elements are identified by keys and their corresponding data is used to drive the user interface. As a result, all existing elements in the DOM are reused to optimize the rendering in React. Using these keys, React just reorders the elements rather than rendering them again, Which helps improving applications performance. 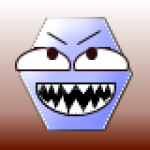 [Solved]The method ‘validate’ can’t be unconditionally invoked because the receiver can be ‘null’. Try making the call conditional (using ‘?.’) or adding a null check to the target